Driven to more deeply explore our human relationship with technology, in 2012 Orth returned solely to her art practice, seeking to create new work about technology’s impact on both the environment and our humanity. To more fully explore these themes, Orth also began to write both fiction and creative non-fiction.

Orth’s op-ed Forget Big Brother, Fear Little Brother appeared in the Washington Post in 2017. The Final Frontier: Other Minds, a chapter in “Embodied Minds,” edited by Andrew Illias, MIT Press, will be published later in 2018. Her academic essays are published in The Digital Turn, Design in the Era of Interactive Technologies, by Zane Bernina; and Textile Message, Dispatches from the World of E-Textiles and Education, by Leah Buechley.

Orth holds a PhD in Media Arts and Sciences from the Massachusetts Institute of Technology, Media Lab. She also earned a Masters of Science from MIT’s Center for Advanced Visual Studies, and a BFA from Rhode Island School of Design. She has also holds three certificates in creative non-fiction and literature from the University of Washington. 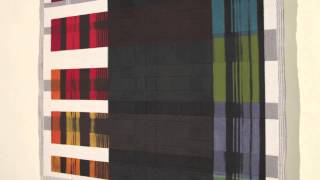